Sequoia India and Southeast Asia has launched two new funds, a $2 billion early-stage, venture and growth fund for India and an $850 million dedicated fund for Southeast Asia, as the storied venture firm doubles down on the region at a scale unrivaled by most of its peers and at a time when money is proving increasingly hard to come by.

The new funds follow a payday for the 50-year-old venture firm in India, where it started investing 16 years ago. The firm, which has 11 managing directors in the region, has seen nine of its portfolio startups, including Freshworks, GoJek and Truecaller, go public in the past 18 months, a figure unheard of in the region until two years ago.

The public listings have delivered Sequoia India and Southeast Asia — which has raised three additional funds including a $525 million venture fund and a $825 million growth fund in the past two years — a return of nearly $4 billion in realized and unrealized gains at the current market value, according to an analysis.

“This fundraise, which comes at a time when markets are starting to cool after a very long bull run, signals our deep commitment to the region and the faith our Limited Partners have in the long-term growth story of India and Southeast Asia,” the company wrote in a blog post.

The firm said it intends to “double down” on the region, where it operates multiple programs — including Surge, through which it backs very early-stage firms, and Spark, to offer fellowship to female founders — other than venture and growth investments.

“Sequoia pioneered the modern venture firm, exactly 50 years ago. Since then, it has consistently innovated to remain in the top ranks of venture firms globally across geographies,” said Sajith Pai, an investor at Blume Ventures, an India-based venture firm that focuses on early-stage deals.

“Through innovations such as the Scout program, and Surge, they have pushed the boundaries of the venture capital model, expanding capital access to founders, even as they consolidate their leadership in the space.” 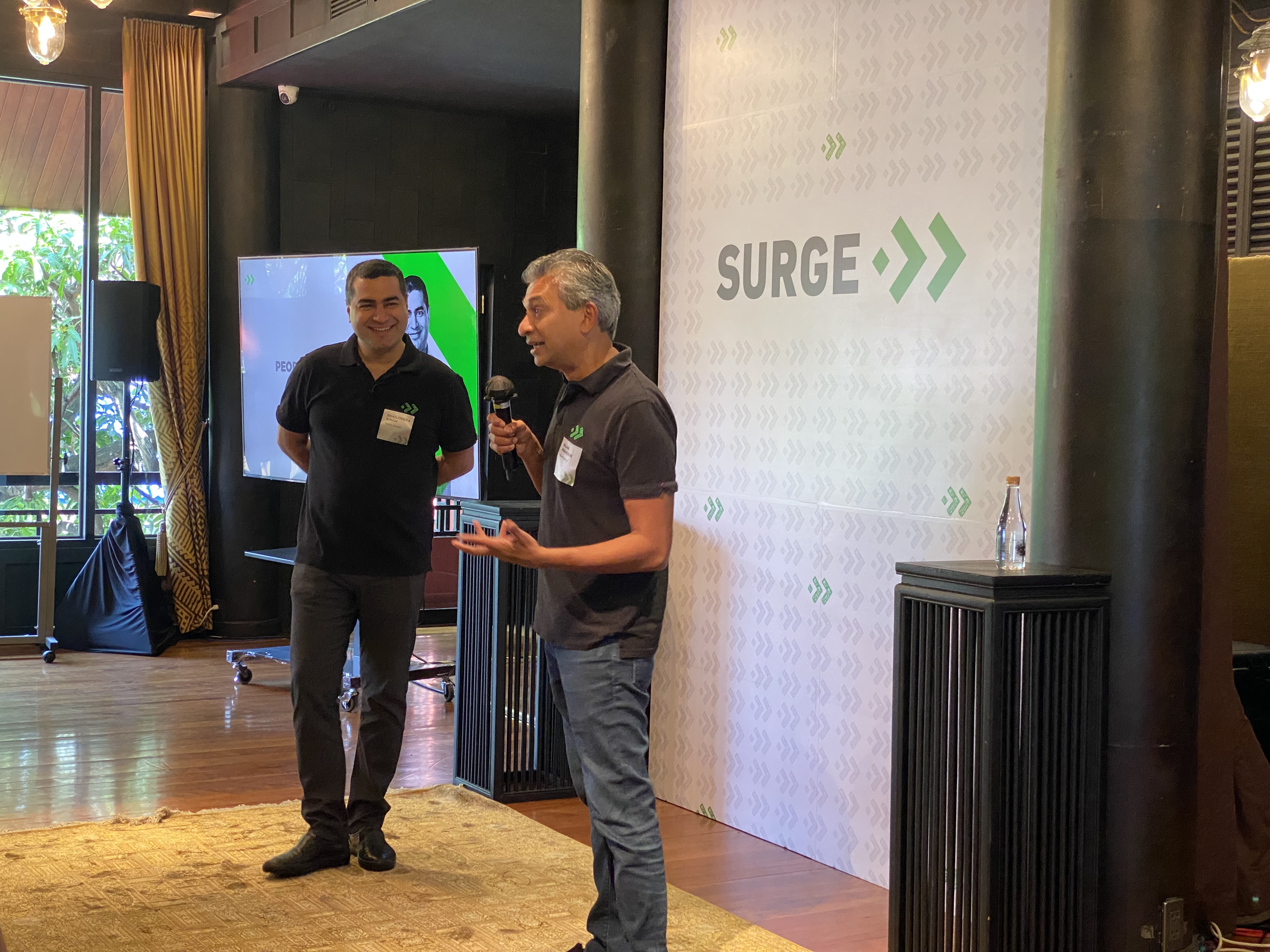 With hundreds of portfolio startups in the region, Sequoia India and Southeast Asia is the most prolific investor in the region. The Surge program, launched three years ago, alone has grown to 112 startups operating in over a dozen sectors. Sequoia is an investor in about three dozen of the 100 odd startups that have become unicorn in India.

The new funds, the largest of its kind by any investor in the region, couldn’t have closed at a better time. Scores of startups across the region — and beyond — are struggling to raise funds as investors reassess the market following a sharp reversal. Sequoia, which recently advised its founders to bring more discipline and razor focus, has been sounding the alarm for some time.

Looking forward to a much needed correction in startup funding environment; thankfully, conversations are back to focusing on revenues, products, unit economics, saving $

The firm, whose portfolio includes social commerce startup Meesho, neobank and payments processor Razorpay, fintech giants CRED and Pine Labs, and edtech groups Byju’s and Unacademy, will continue to focus on sectors such as SaaS and fintech that it has traditionally operated in, but it’s also expanding focus on newer categories including web3. Most Indian venture capital firms were initially slow and reluctant to back crypto startups, a fact that is apparent when you review some of the largest Indian crypto firms’ cap tables.

Sequoia India and Southeast Asia, which has backed several web3 startups including CoinSwitch Kuber and Polygon, has gained street cred in the hot new category in the past two years, several web3 founders said. It also helps that the firm has repeatedly demonstrated that it has “diamond hands,” that is, it doesn’t sell the crypto firms’ tokens as soon as their vesting period expires.

“The startup and venture capital ecosystem in India and Southeast Asia has made great strides in the last decade and will continue to mature. Valuations and velocity will move with markets. What endures is value creation in terms of revenue growth, profitability and free cash flow rooted in real innovation, excellence in execution and a maniacal focus on customers,” the firm said in a blog post.

In at least two of these incidents, Sequoia itself was the whistleblower, holding the founders to account, according to people familiar with the matter. In a blog post published earlier this year, Sequoia pledged to continue to take proactive steps to “drive better accountability, along with improving performance, for us to unlock the full potential this region has to offer.”

“While there have been several large global crossover funds investing in India, it’s fantastic to see Sequoia raise such a large dedicated fund specifically for India,” said Rohan Malhotra, partner at Good Capital, an early-stage fund. “In many ways, it’s a great testament to the opportunity that global LP’s and managers see in the coming decades in India.”

Sequoia India and Southeast Asia has launched two new funds, a $2 billion early-stage, venture and growth fund for India and an $850 million dedicated fund for Southeast Asia, as the storied venture firm doubles down on the region at a scale unrivaled by most of its peers and at a time when money is […]